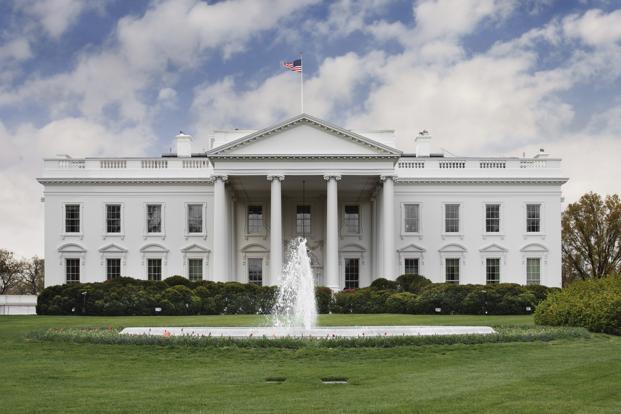 WASHINGTON, D.C. – On Friday, July 15, the White House will recognize ten individuals from across the country as “White House Champions of Change for Climate Equity.” The White House selected these individuals for their work empowering low-income and underserved communities to prepare for and adapt to climate change. These leaders have initiated powerful changes to ensure that those most vulnerable to the impacts of climate change have the resources they need to thrive and build resilient communities.

Climate change exacerbates existing health and socioeconomic inequities, placing children, the elderly, the sick, the low income, and communities of color at particular risk. These communities often have limited capacity and resources necessary to prepare for and adapt to a changing environment. That’s why the Obama Administration is committed to addressing climate change in a way that makes equity a priority and celebrating local leaders who are making a difference in their communities.

The Champions of Change program was created as an opportunity for the White House to feature individuals doing extraordinary things to empower and inspire members of their communities. The event will be live streamed on the White House website at www.whitehouse.gov/live/ on Friday, July 15, at 2:30 PM ET. Follow the conversation at #ActonClimate and #WHChamps.

Esau was raised on an Alaskan island on the frontlines of climate change. Growing up in such a community inspired Esau to share his experiences, telling stories of how climate change has affected Shishmaref in order to raise awareness about the issues his community faces.

Esau represented his community when he traveled to COP21 for the United Nations Climate Change Negotiations as part of the Sierra Student Coalition and continues his advocacy in his current role as an Arctic Youth Ambassador for the US Chairmanship of the Arctic Council. He studies Tribal Management at the University of Alaska Fairbanks and hopes to run for Governor of Alaska by the year 2030.

Colette has worked for the past ten years with local communities, national funders and elected officials around equity issues in her home state of Louisiana in the post-Katrina and post-BP disaster in the Gulf Coast. She currently serves as Executive Director of the Gulf Coast Center for Law & Policy (GCCLP), developing programs focused on Global Migration, Community Economic Development, Climate Justice, and Equitable Disaster Recovery.

Colette has won a variety of awards for her work with Gulf Coast communities, including the 2015 US Human Rights Network Movement Builder Award and the 2015 Echoing Green Climate Fellowship. Most recently, Colette was named a Water Champion by the Greater New Orleans Foundation in recognition of her efforts supporting underrepresented communities and improving the lives of Gulf Coast residents.

Vien is one of the country’s foremost experts when it comes to building an equitable green economy. Inspired by her childhood in one of Oakland’s poorest and most polluted communities, she now leads Green For All, a national initiative with the goal of creating a green economy strong enough to lift people out of poverty. Among other accomplishments, Green For All was a key player in creating the country’s first Green Jobs Act in 2007.

Vien is an instrumental leader in a wide variety of green economy initiatives: she has developed over a dozen state policies, created numerous energy and workforce programs, and advised on billions in public investments for energy and community development programs. More specifically, Vien is known for accelerating California’s transition to electric vehicles through the Charge Ahead Initiative and developing strong workforce standards in the environmental technology sector through the California Climate Credit.

Gilbert has been widely recognized for his work in promoting clean energy, entrepreneurship, and STEM education in underserved communities. In 2014, he was the recipient of the Amtrak and Washington Wizards Pioneer Award, which recognizes individuals that have made a positive impact in their local communities, and was included in EBONY magazine's Power 100 List.

Cecilia is the co-founder and Director of Research Programs at the Center for Earth, Energy and Democracy (CEED). She previously held positions as Associate Research Professor in the College of Earth, Ocean and Environment at the University of Delaware, Associate Professor at Metropolitan State University and Research Director at the American Indian Policy Center. Cecilia has also worked with a range of organizations from local grassroots groups to international organizations engaging in the promotion of sound environmental policy and environmental justice. She served on the Climate Action Planning Steering Committee for the City of Minneapolis, and has been appointed to several national advisory boards. She is also on the leadership team for the national EJ and Science Initiative, and is leading the effort on a Truth and Reconciliation Commission on environmental harms.

Cecilia has led a variety of projects to address sustainable development at the local and international levels and has conducted research focused on the development of energy and environmental strategies that promote equitable and sustainable policies. Most recently Cecilia co-authored a chapter on environmental justice and climate resiliency with Dr. Nicky Sheats. She is working on a manuscript on environmental justice and climate change and among her other publications is the co-edited volume Environmental Justice: Discourses in International Political Economy, which includes some of her work on North American Indigenous peoples and the challenge of forging a common agenda of indigenous rights, justice and sustainability.

Michael is a tribal elder from Montana and serves as the Environmental Protection Division Manager for the Confederated Salish and Kootenai Tribes (CSKT). He began his career in environmental advocacy in 1979, and has since worked for his tribe in a variety of positions including tribal police officer, wildlife conservation officer, wetland conservation coordinator, and water quality regulatory specialist. Michael has further influenced environmental policy through his former position on the CSKT Tribal Council and current position on the National Tribal Science Council.

In these roles and others, Michael has overseen a wide variety of environmental initiatives. In 2013, he led CSKT in developing a climate change strategic plan to address the effects of climate change on the Flathead Reservation and set a powerful example for other tribes as they develop strategies to protect the cultural and environmental resources.  He has also worked to engage community youth in sustainability projects through the Environmental Advocates for Global Logical Ecological Sustainability (EAGLES) Program.

Desiree is the Equity Specialist for the City of Portland Bureau of Planning and Sustainability. As the Equity Specialist, she provides technical assistance to shape the City’s urban planning and sustainability programs, policies, and services with an equity lens. Desiree led an effort to authentically engage organizations that serve communities of color and low-income populations through a formal learning partnership. Together, staff and community members built mutual capacity and actively collaborated to create a climate plan that meaningfully reduces carbon emissions, prepares for climate impacts, and delivers more equitable outcomes for Portland’s under-served and under-represented communities.

Her work has inspired other cities across the country and in Canada to incorporate similar equity considerations into their climate action planning efforts. The final product reflected a groundbreaking process that catalyzed the agency to rethink climate policy and public involvement and reignited a grassroots climate and environmental justice movement within Portland’s communities of color. Desiree was also a founding board member of the Center for Diversity and the Environment and a member of the inaugural cohort of the Young Climate Leaders Network.

Susana co-founded and co-directs the Community Water Center (CWC) in Vasalia, California. Susana is a seasoned community organizer and has received numerous awards and recognitions, including: the 2009 Petra Foundation Fellowship award; “150 Fearless Women in the World” by Newsweek Magazine (2012); “Women on Top – Top Activist” by Marie Claire magazine (2012); AOL sponsored PBS 3-part series, “Makers: Women Who Have Shaped America” (2012); and “Las Fabulosas” and “Inspiring Latinas” by Powerful Latinas (2011). Susana and CWC are the focus of a chapter of Jill Iscol’s 2011 book, Hearts on Fire.

Susana has held a variety of positions at organizations including the Center on Race, Poverty and the Environment, the County of Merced Planning Department, the Santa Barbara County Water Agency, and the Santa Barbara non-profit Community Environmental Council. For the past two years, Susana has served on the Community Funding Board of the Grassroots Fund through the Rose Foundation for Communities and the Environment and now serves on the Tulare County Water Commission and the Board of Directors of the Tulare County United Way.

Kristin is the Climate and Resilience Planner at the Baltimore City Office of Sustainability. She is responsible for development, implementation and monitoring of the City’s Disaster Preparedness Project and Plan, which integrates climate adaptation with hazard mitigation efforts. She is also responsible for climate change communication and outreach, coordinating resiliency planning, the City’s Community Rating System certification, and updating and implementing the City’s Sustainability Plan.

Kristin has led initiatives focused on increasing community adaptive capacity for vulnerable populations and ensuring underserved populations have their voices heard. She plays a vital role in coordinating city agencies and stakeholders around resiliency efforts. Kristin was awarded the American Society of Adaptation Planners (ASAP) Prize for Progress in 2015 for her work on equity and climate adaptation.

Michael is the Executive Director and Founding Partner of Climate Action Business Association (CABA). The Boston-based organization focuses on organizing leaders of small local businesses to advocate for action on climate issues on local, state, national, and international platforms. CABA also supports local businesses to reduce their carbon footprints and become more resilient to the impacts of climate change through metrics-driven programs and strategic support from staff.  These businesses form a powerful network of sustainable practices and effective advocacy work.

Michael advocates for policies to address climate change within and beyond his position at CABA. In addition to working on various national and international campaigns, Michael has served as a representative to the United Nations since 2012, focusing on international climate policy.