An Open Letter To The Women Of Congress, From Climate Change Activists, Actors, & Average Moms 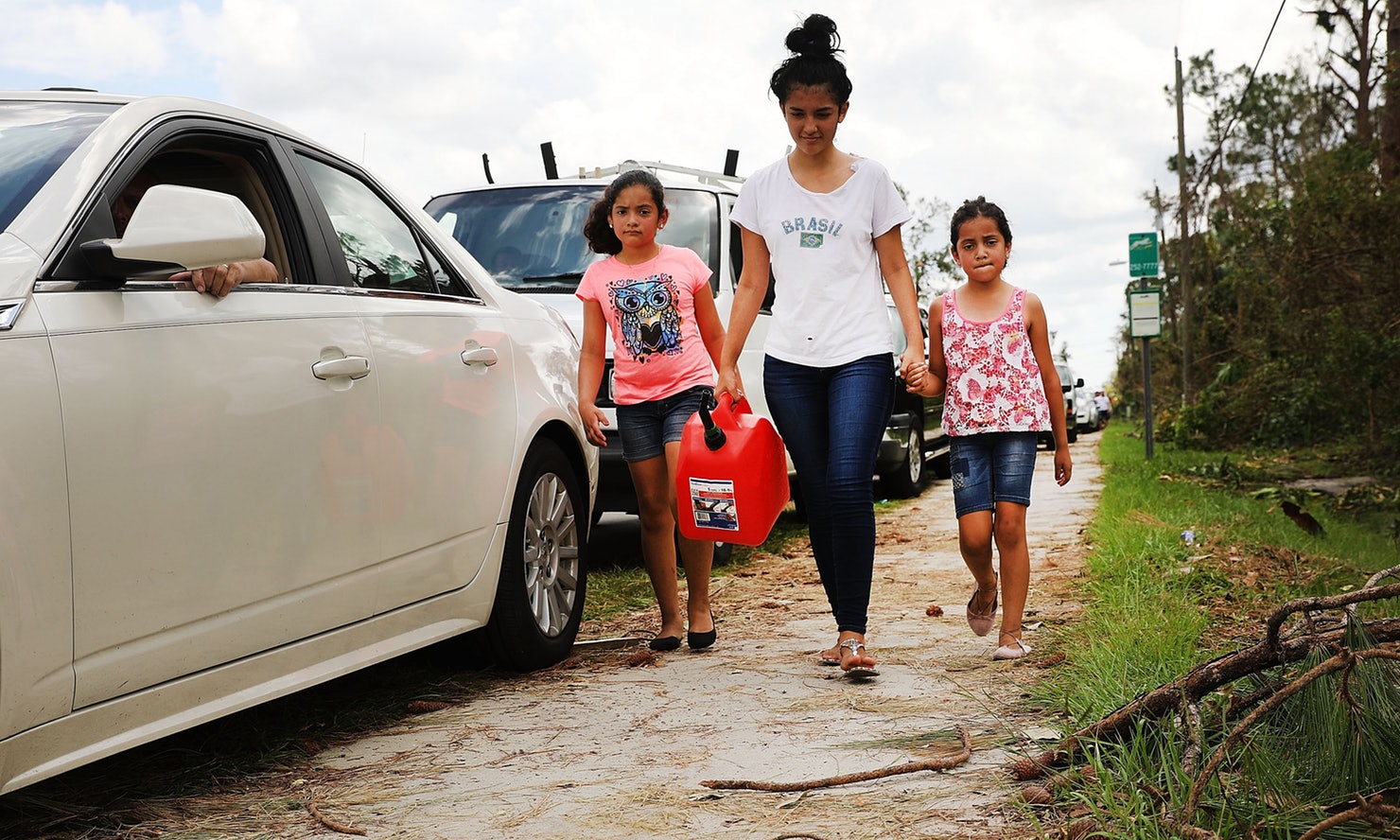 In the wake of Hurricanes Harvey and Irma and historic fires, federal agencies are struggling to keep up. Meanwhile, the Trump Administration is pursing a 31 percent budget cut to the U.S. Environmental Protection Agency.

In response, over 100 women and mothers from all walks of life have come together to sign an open letter asking Congress to get serious about protecting kids and communities from poison, ending harmful pollution, and preventing the next climate disaster by fully funding the EPA.

The letter, organized by the women of Green For All, brought together an intersectional group of women that includes Hollywood elite such as Ashley Judd, Ellen Pompeo, Alfre Woodard; and Ali Wong; CEOs like Bozoma Saint John, chief branding officer at Uber; advocates from Moms Clean Air Force, Climate Parents, Mothers Out Front, and thousands of moms and community activists from around the country. These women are taking a stand to tell Congress, "Not on our watch!"

We’re writing to you as mothers, daughters, sisters, aunts, and caretakers fiercely concerned about our kids. Donald Trump has shown little regard for women, our rights, and policies that protect our children’s future. We need your help to finally draw the line and get serious about climate change.

Families in Flint, Michigan, and other parts of the country, still don’t have access to clean, safe drinking water. Families in Richmond, California, and those near polluting refineries, have grown accustomed to the sound of alarm bells ringing each time there is an oil or gas leak. In some parts of Utah, “inversion days” are treated like snow days, keeping people home from work and school because the air is too toxic to breathe. Worst of all, too many of our kids are suffering from lead poisoning, asthma, and pollution-related disease.

While the Trump Administration should be doing something to help our communities, it is making matters worse.

Trump has already formalized our nation’s exit from the Paris Agreement. Now he’s proposing a 31 percent budget cut to the Environmental Protection Agency. That means a quarter of EPA staff would lose their jobs, along with 50 environmental stewardship programs housed in communities across the U.S. Our nation will effectively lose the capacity to fight climate change which reduces the economic, social and healthcare costs of natural disasters like Harvey and Irma.

As women, we see the connection between climate change and our lives every day.

We applaud those members of Congress who have gone on record opposing these devastating cuts. To those members, we say: We support you and stand as your allies in the fight to protect an agency that has spent decades protecting the air we breathe and the water we drink. And we’re calling on those who haven’t yet opposed these budget cuts to join us.

Faced with an administration that would roll back decades of progress on climate justice and economic opportunity, we ask that you band together to make sure our families’ well-being is not ignored in the legislative process. Some of your colleagues would define our future without recognizing the role climate change will play in shaping it. But as women, we see the connection between climate change and our lives every day.

Women are more likely to be poor, and people living in poverty lack the resources to adapt to — or escape from — the increasingly common storms and extreme weather from human-caused climate change. After Hurricane Katrina devastated the Gulf Coast, fewer women who lost their jobs there were able to find new ones, and gender violence increased from 4.6 to 16.3 per 100,000 women in storm-battered Mississippi.

This means that climate change leads to more poverty-stricken, broken and displaced families — and that’s an outcome nobody wants to see in America, regardless of political loyalties.

Women can do something about this. You can do something about this. A study of 130 countries found that, when women are in positions of political power, they are more likely than men to sign climate-change treaties. That is why we are urging our 21 women senators and 84 representatives to take that trend to heart, and to push as hard as you can to ensure that our world remains safe for our children and descendants. Protecting the EPA budget is a critical part of this effort.

This is a vital fight you can support, regardless of political party, because climate change is not a partisan issue — it’s a women’s issue. Women and children are disproportionately harmed by our warming climate. In fact, the UN has urged that all climate change issues be studied through the lens of gender, acknowledging that women already bear a greater burden of climate change impacts.

If we want to keep our children safe — in undamaged homes, breathing clean air, drinking clean water and with parents who are secure and stable – then there is only one option: use your power for good, by making sure that the EPA keeps the funding it needs to protect us all.