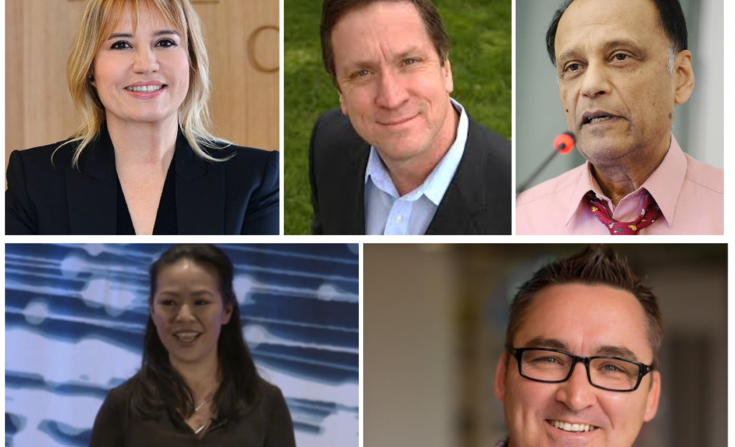 The Internet of Things, healthy buildings and sustainability storytelling are all part of this month's Names in the News round up of big hires, promotions and other job news in the world of green business.

From a new business chief at Silver Spring Networks to the emerging world of wellness-focused buildings, it's been a busy season for executive hires and awards.

Have a tip for our next installment? Shoot us an e-mail at people@greenbiz.com.

Ildeniz, with more than 20 years of experience in global business strategy and new market development, will be tasked with accelerating Silver Spring's growth amid the explosion in IoT, smart city and clean energy technologies.

U.S. Green Building Council co-founder Rick Fedrizzi, who this year announced that he would step aside at the LEED building certification organization, is moving onto another green building pursuit.

Effective immediately, Fedrizzi has been named chairman of the International WELL Building Institute. This fall, he also will take on the CEO role to grow the B Corp's certification program for buildings optimized for occupant health.

After previous roles with Alison+Partners, Edelman and Cone Communications, Campher will serve as West Coast managing director for Fenton and look to build out the firm's sustainability and corporate social responsibility practice.

After years of advocacy work focused on the intersection of poverty and pollution, Green For All Director Vien Truong has been recognized by the White House as a "Champion of Change for Climate Equity."

The daughter of a Vietnamese refugee family, Truong has fought for environmental justics-focused policy change and currently is focused on equitable implementation of the Obama administration's Clean Power Plan.

— Sustainable development luminary Partha Dasgupta, an economist and professor emeritus at the University of Cambridge, has been recognized with the prestigious Tyler Prize for Environmental Achievement for his work illuminating the connections between the environment and economic development.

— Architect Eric Corey Freed, formerly a vice president with the International Living Future Institute, has moved onto a new role as director of business and partner development at urban development-focused EcoDistricts.