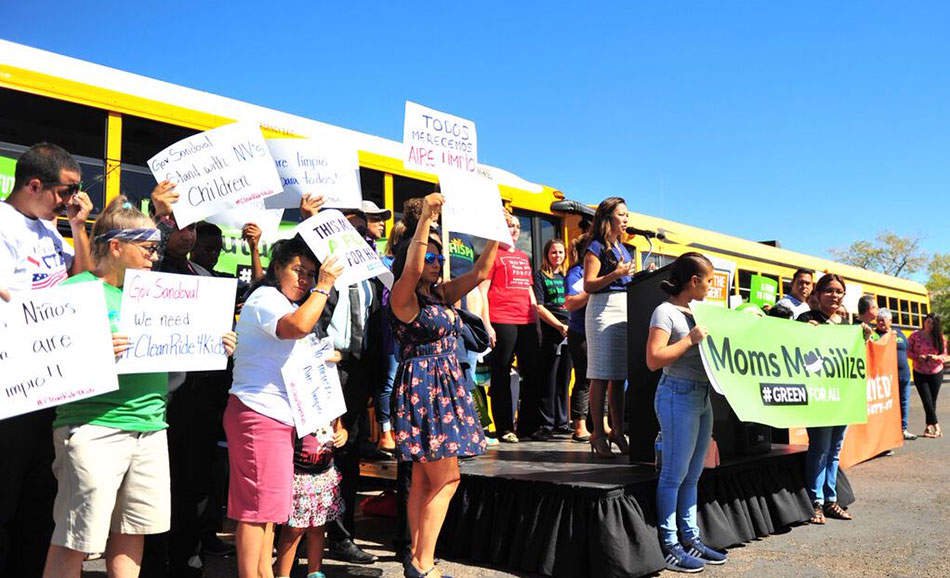 In the aftermath of hurricanes Harvey and Irma, Americans have been compelled to face an indisputable fact: Climate change is real and it has set upon us. To continue oversimplifying it as strictly a matter of "global warming" is to deny the breadth and scope of its detrimental physical and economic impacts on the most vulnerable among us.

The World Economic Forum regularly assesses global risks. For the first time, in 2017 three of five risks identified by the forum were environmental in nature. Water crises received an "honorable mention" in the forum’s report for having a "strong environmental component."

Hurricanes do not respond to market signals. …There are two inherent problems with the pricing of the living world and its destruction. The first is that it depends on attaching a financial value to items — such as human life, species and ecosystems — that cannot be redeemed for money. The second is that it seeks to quantify events and processes that cannot be reliably predicted.

According to the 2015 Federal Reserve Report on the Economic Well-being of U.S. Households in 2014 (PDF), one out of three people live in poverty. A significant number of Americans still can’t find jobs with decent enough pay to break out of its vicious cycle. Some are working but struggle to make ends meet, and few earn enough to save for a rainy day. Nearly 40 percent of respondents in the study said they could only afford to pay an emergency expense if it was $100 or less.

Further, we are facing a pollution crisis. More people die from traffic-related pollution than traffic-related accidents in America. According to the United Nations, global air pollution leads to 7 million premature deaths each year. Credible scientists say that reliance on fossil fuels is paralleled by increasing amounts of soot generated by tailpipes and refineries — soot so fine at 1/1000th the width of a strand of hair, that is ingestible by infants and has been cited as a cause of high levels of asthma among poor and urban populations.

The outlook for the environmental — and thus, economic — health of the United States and the world isn’t all bad. A number of solutions already are in action, providing families affordable solar, reducing their energy bills by hundreds of dollars and cutting down the health risks for families living near refineries.

The Dream Corps and its award-winning initiative Green for All successfully have introduced legislation to protect vulnerable communities from exposure to external pollutants, and are leading a national movement called Moms Mobilize to activate mothers from all walks of life to press for policy and systemic change in their communities — all in an effort to compel new technological advances in cars, trucks and buses, which help families who live by busy roads and highways breathe easier. This work can lead to a stronger, green economy.

That there is progress in the growth of a green economy doesn’t mean there aren’t hurdles. Should the Trump administration’s proposed 30 percent budget cuts to the U.S. Environmental Protection Agency all come to fruition, this growth will be stunted.

These cuts could cost 3,800 EPA employees their jobs and result in far less federal oversight of climate science. Trump’s budget proposal would cut a significant chunk of the grants states use to do their own environmental efforts.

The administration’s proposal can’t be viewed in a vacuum, either. The proposal is being weighed amidst the administration’s recent affirmation of the White House’s decision to withdraw from the Paris Climate Accord. Government scientists are so concerned that the Trump administration will suppress a congressionally mandated report on the impact of climate change that they leaked it to the New York Times.

Women control 85 percent of consumer spending in the U.S. and have proven themselves able en masse to direct massive economic clout and political energy toward support of green jobs and companies with environmentally friendly policies.

It doesn’t have to be this way. The Moms Mobilize initiative draws "power" from this fact: Women control 85 percent of consumer spending in the U.S. and have proven themselves able en masse to direct massive economic clout and political energy toward support of green jobs and companies with environmentally friendly policies. Clean energy jobs already outnumberfossil fuel-related positions five to one, and solar is often cheaper than coal. This knowledge and momentum can be leveraged to spur green job creation and grow support for climate-focused policy that benefits all our residents through a thriving economy.

Women also can lead our grassroots green revolution at the ballot box by running for office and rallying support for women who run. A record number of women, especially women of color — the largest and most consistent voting bloc in American politics — have expressed interest in entering politics since the 2016 election.

When women are a part of the political discourse, inevitably, families are put first and their laser focus on issues and solutions is so far beyond traditional partisanship, it’s "meta-partisan," because pollution, asthma, storms and flooding, "dirty" manufacturing and diminishing jobs don’t favor a party.

Residents in "red" Utah have seen children playing outside sickened on Salt Lake City on inversion days. Residents in "blue" California have seen children sickened and illnesses exacerbated in Los Angeles on "Do Not Breathe Days" (PDF). The elderly in Bakersfield, California, Atlanta, Georgia, and Brandywine, Maryland, have had to wear breathing masks to walk to their mailboxes. And in generally "purple" Michigan, residents of Flint haven’t been able to drink or bathe their children in municipal water for three years.

It’s also true that, as Monbiot wrote about market signals, hurricanes don’t respond to gender. But people might.

Marilyn Monroe famously said, "Women who aim to be equal with men lack ambition." It is no coincidence that the hope many Americans have for the possibility of convergence between environmental protection and the strengthening of the economy is being fueled by women. It is an effort that is itself fueled by women owning their power and building the strength necessary to push the nation forward.