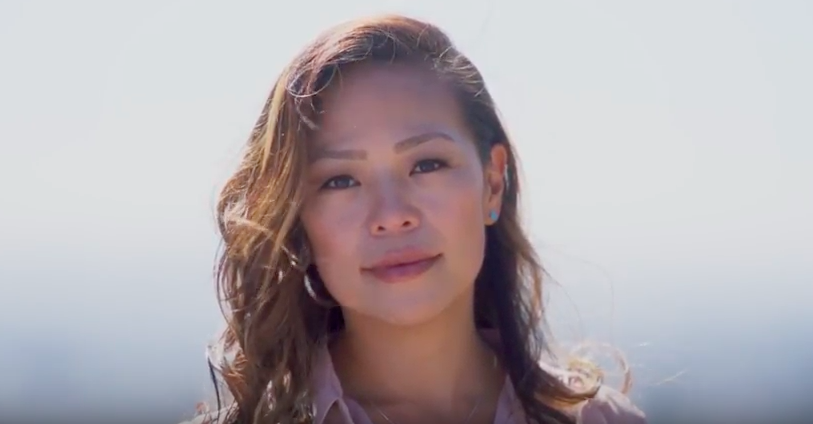 Afeni Shakur, the civil rights activist and former Black Panther, successfully overcame drug addiction to become of the country’s most heralded mothers. Her strength and life story inspired the work of her son, Tupac Shakur. His song “Dear Mama” remains the unofficial hip hop anthem on Mother’s Day. The song still makes me tear up thinking about the struggles moms go through for their kids — the sacrifices my own mom made for us.

After Tupac’s death, Afeni continued shaping lives by running her son’s estate and helped to shape his legacy. She led investments to communities and charities through the Tupac Amaru Shakur Foundation.

Twenty years after the death of her son, Afeni passed away this week.

On Mother’s Day, I’m celebrating Afeni and the mothers like her who are fighting injustices to improve the lives for their children and the next generation. Like the mothers of Flint.

I’m celebrating Desiree Dual, a mother and Flint resident that I met while touring the city with Green For All, the environmental justice non-profit that I lead. Desiree watched her children getting progressively sick from lead poisoning for months, and then one day stepped out of the shower to find blood coming out of her ears. Now, she’s spending her time organizing water deliveries for local residents and fighting for the resources for her pipes to be fixed as a member of Flint Rising — all while taking care of her sick children and her own health.

I’m also celebrating Melissa Mays, another Flint mother that founded an advocacy organization called “Water You Fighting For.” She told the Huffington Post that her resolve in fighting for justice in Flint is traced back to her status as a mother. “When you cross our babies, no. That’s not going to happen. Go with your gut,” she said. “It doesn’t matter what your background is. You can make a difference and make your voice heard. No one would be doing anything now if it wasn’t for a bunch of moms getting mad.”

My own mom was pregnant with me when escaping a war-torn Vietnam. We grew up in some of the poorest and most polluted communities in Oakland. When we finally settled down, it was in a neighborhood called “Murda Dubs” — appropriately named because it had some of the highest murders in the country during the mid-90s. Our neighbors were struggling to make ends meet for basic needs. The struggle of Flint’s mothers strikes painfully close to home.

I am now a mother of twin toddlers. We live in Oakland, in a community where residents are projected to live twelve years shorter than more affluent zip codes a few miles away. I grew up watching my parents struggle with many of the same environmental racism as Melissa and Desiree, and now I fight alongside them in Oakland.

Several years ago, my husband and I teamed up with other parents to found the Roses of Concrete School in East Oakland. The school was named after Tupac’s poem “The Rose That Grew from Concrete.” The song celebrates the tenacity of youth who reach for the sun despite growing up in a community with little resources.

Did you hear about the rose that grew from a crack in the concrete?

Funny it seems but, by keepin its dreams

It, learned to breathe FRESH air

Long live the rose that grew from concrete

When no one else even cared

No one else even cared..

The rose that grew from concrete

As I reflect on my mom’s sacrifices, and try to have a modicum of Afeni’s tenacity and the strength of Flint’s mothers, I know that there is nothing stronger than a mother’s resolve to fight for our kids.

Let’s make sure that we are constantly celebrating the mothers that are carrying the water for this activism daily, and remember that we owe it to our kids to create a sustainable legacy.