The Flint Water Crisis Is Far From Over: They Still Need New Pipes 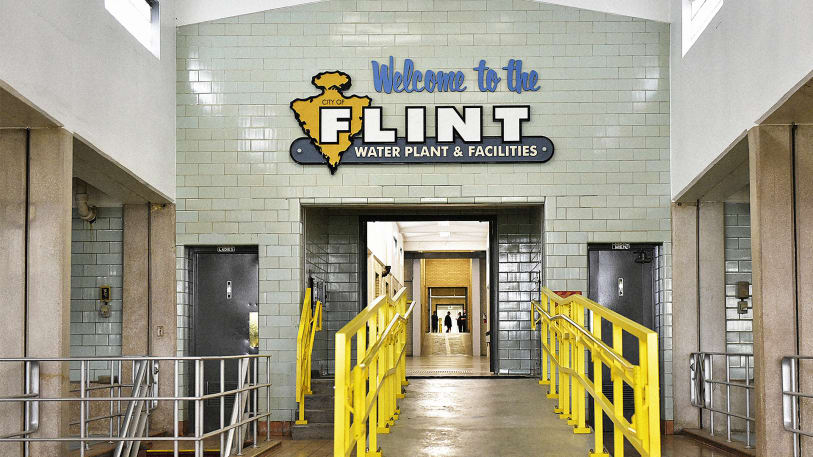 Green For All wants to deliver $500,000 directly to Flint families and raise awareness of environmental injustice across the United States.
“If there’s anything called fake news, the news that everything is fine in Flint is the fakest of fake news.” [Photo: Mandel Ngan/AFP/Getty Images]

Three years ago, the city of Flint, Michigan, in search of a cheaper water supply, connected its system to the nearby Flint River. The switch was meant to be temporary; as such, officials neglected to treat the water flowing into the pipes to ensure it wouldn’t cause corrosion.

Almost immediately, residents, 40% of whom live in poverty, took note of the strange taste and color of the water, but their complaints fell on deaf ears. By the time officials acknowledged that the water from the Flint River had corroded the pipes, high levels of lead had already seeped into the water supply of 100,000 people.

Residents became sick and children broke out in rashes. In one home, lead levels rose to 397 parts per billion–more than high enough to cause kidney damage, high blood pressure, and memory and neurological problems. The action level set by the Environmental Protection Agency (EPA) is 15 parts per billion.

By last spring, the Flint water crisis had become national news. Criminal charges were filed against three officials for negligence, and Michigan Governor Rick Snyder outlined a plan for state agencies to make amends. Barack Obama journeyed to Flint and drank filtered tap water, and authorize $100 million from the EPA to be funneled toward fixing the pipes. Many assumed that Flint was taken care of, that the crisis was over. 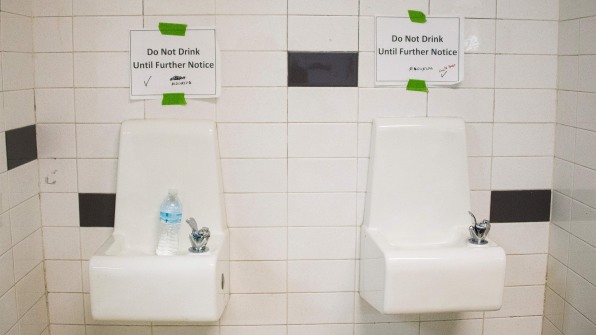 “Things are not fine in Flint, and we’re going to deal with it ourselves.” [Photo: Jim Watson/AFP/Getty Images]

It’s not. The EPA money was authorized by Obama, not current President Trump. While the initial $100 million will still make it to Flint, the EPA faces a potential budget cut of 31%, which constricts the possibility of further aid. As the situation stands currently, it will likely take three more years of navigating bureaucratic hurdles before Flint’s pipes are fixed. For the organization Green For All, which advocates for an inclusive green economy, that’s too long. In a Facebook live announcing the organizations fundraising campaign for Flint, called #FixThePipes, CNN moderator and Green For All founder Van Jones said, “Everybody thinks they had it fixed. If there’s anything called fake news, the news that everything is fine in Flint is the fakest of fake news. Things are not fine in Flint, and we’re going to deal with it ourselves.”

Launched on April 20, #FixThePipes aims to raise $500,000 to replace pipes in Flint homes; Green For All estimates the cost of fixing the water systems in a home to be around $10,000. The city’s whole system was affected by the corrosive water supply, but the service pipes–those connecting the main lines to the homes–were the most affected as they are made of lead, while the water mains are cast iron. The fundraising goal is not a ceiling, Vien Truong, Green For All’s director, tells Fast Company. The aim is to bypass the bureaucratic process, which Truong says lacks awareness of the urgency of the situation, and get as much money directly to Flint families as possible. Green For All will raise the money, Truong says, and work together with local organizations to decide the most effective use, whether it be toward coordinating teams of volunteers or picking up the bill for switching out the corroded pipes. 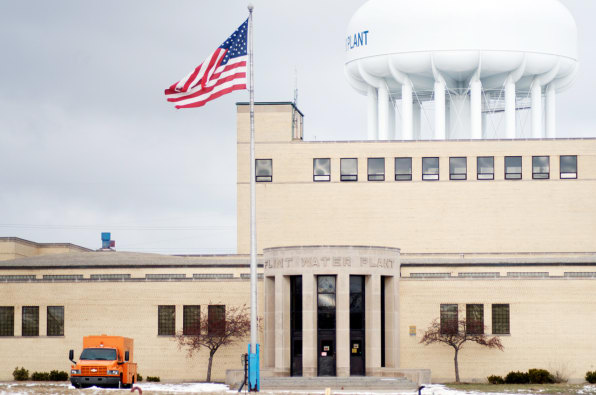 The aim is to bypass the bureaucratic process. [Photo: LindaParton/iStock]

When Flint headlines were dominating the national news last spring, Truong organized an advocacy effort through Green For All that brought celebrities like Mark Ruffalo and billionaire environmental activist Tom Steyer on board a campaign to petition Governor Snyder to change the pipes. On the ground, Truong heard from local groups like Flint Rising that what they needed was policy advice and financial support. “A year later, this still a crisis,” Truong says.

Through the #FixThePipes campaign, “we thought it was important to remind people that not only are the pipes in Flint not fixed, but the environmental justices are deeply profound in Flint, and in so many communities around the country that look like Flint,” Truong says. Truong lives in a zip code in the Fruitvale neighborhood of Oakland that, late last year, was shown to have worse lead poisoning than Flint.

In addition to the fundraising aspect of #FixThePipes, Green For All will use the campaign as an opportunity to share the stories of other communities affected by environmental injustice–which are often, like Flint, home to low-income residents of color. They will highlight the Vietnamese community in New Orleans, who suffered after the city moved a landfill onto their community green space after Hurricane Katrina hit, then watched as many among them lost their fishing jobs as a result of the Deepwater Horizon oil spill in 2010. They’ll share the story of the farm workers in California’s Central Valley, who are forced to work in fields filled with harmful pesticides. “What we’ve seen around the country is that communities are deeply poisoned and forgotten about, and the Trump slashes to the EPA budget are going to make everything worse,” Truong says.

#FixThePipes will be fundraising on an ongoing basis. “People in Flint feel forgotten,” Truong says. Green For All is working to ensure that they won’t be.