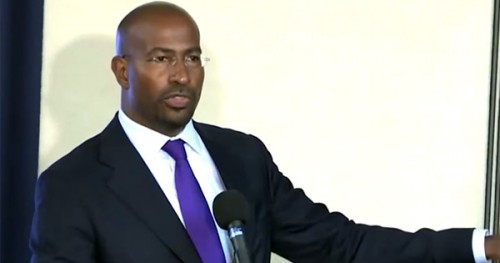 (BlackNews.com) — Two-thirds of African Americans believe global warming is a serious problem, they want action more than the population at large and they overwhelmingly support the Clean Power Plan to address the growing climate crisis, a major new poll released on Nov. 5 shows.

Fully 83 percent of African Americans back setting the first-ever limits on carbon pollution from coal- and gas-fired power plants under the Clean Power Plan�s standards, which the Environmental Protection Agency finalized in August, according to the poll released by Green For All and the Natural Resources Defense Council.

Further, a strong majority of African Americans believe that as the nation drives down dangerous carbon pollution it can drive up the use of clean, renewable wind and solar energy.

Most African Americans count on this shift to clean energy to also create new jobs�six times the proportion that believes it will result in job losses. And 57 percent believe that expanding clean energy will reduce� not raise�their energy costs.

�The African American community has been hard hit by injustice, from violence against young people to disproportionate environmental harms from pollution, so it�s no surprise the community wants action. It�s time to hold polluters accountable and fight the pollution that causes climate change,� said Adrianna Quintero, director of Partner Engagement at NRDC, who released the poll with Green For All in a telephone press conference joined by two African American leaders, a solar company executive in Washington, D.C. and a prominent Chicago minister.

Mark Davis, CEO of minority-owned WDC Solar, said: �I am a Green For All Climate Champion, and renewable energy and energy efficiency are two pillars of our plan for low-income communities to lower the cost of energy, create green jobs for low-income residents, and improve the environment. The Clean Power Plan can accelerate an increase we�ve already seen in African American participation in clean energy and can enhance economic empowerment in low-income communities.�

Rev. Stacey Edwards-Dunn, executive minister of community engagement and transformation for Chicago�s Trinity United Church of Christ, said: �Climate change not only imperils the natural wonders of God�s creation, it threatens to cause enormous human suffering. Worldwide, we are facing severe drought, famine, disease, and disasters as a result of our climate crisis. We have a moral obligation to do all we can to lessen its impacts on our children and future generations.�

Some key findings from the poll of African Americans� views on energy follow.

* 66 percent of African Americans say using more renewable energy will translate into new jobs, while only 11 percent expect job losses.
* More than half, 57 percent, believe that shifting to cleaner energy will reduce their energy costs, and only 18 percent will increase those electricity bills.

Two firms, Marketing Resources International, Inc. and Fairbank, Maslin, Maullin, Metz & Associates, conducted the poll jointly. They interviewed 800 randomly selected African Americans nationwide September 20-27. Their poll has a margin of error of plus or minus 3.5 percent.

The pollsters summary memo the poll is here:
http://docs.nrdc.org/energy/files/ene_15110401a.pdf

The pollsters questions and responses for the poll are here:
http://docs.nrdc.org/energy/files/ene_15110402a.pdf

Green For All works to build an inclusive green economy strong enough to lift people out of poverty. Visit  www.greenforall.org