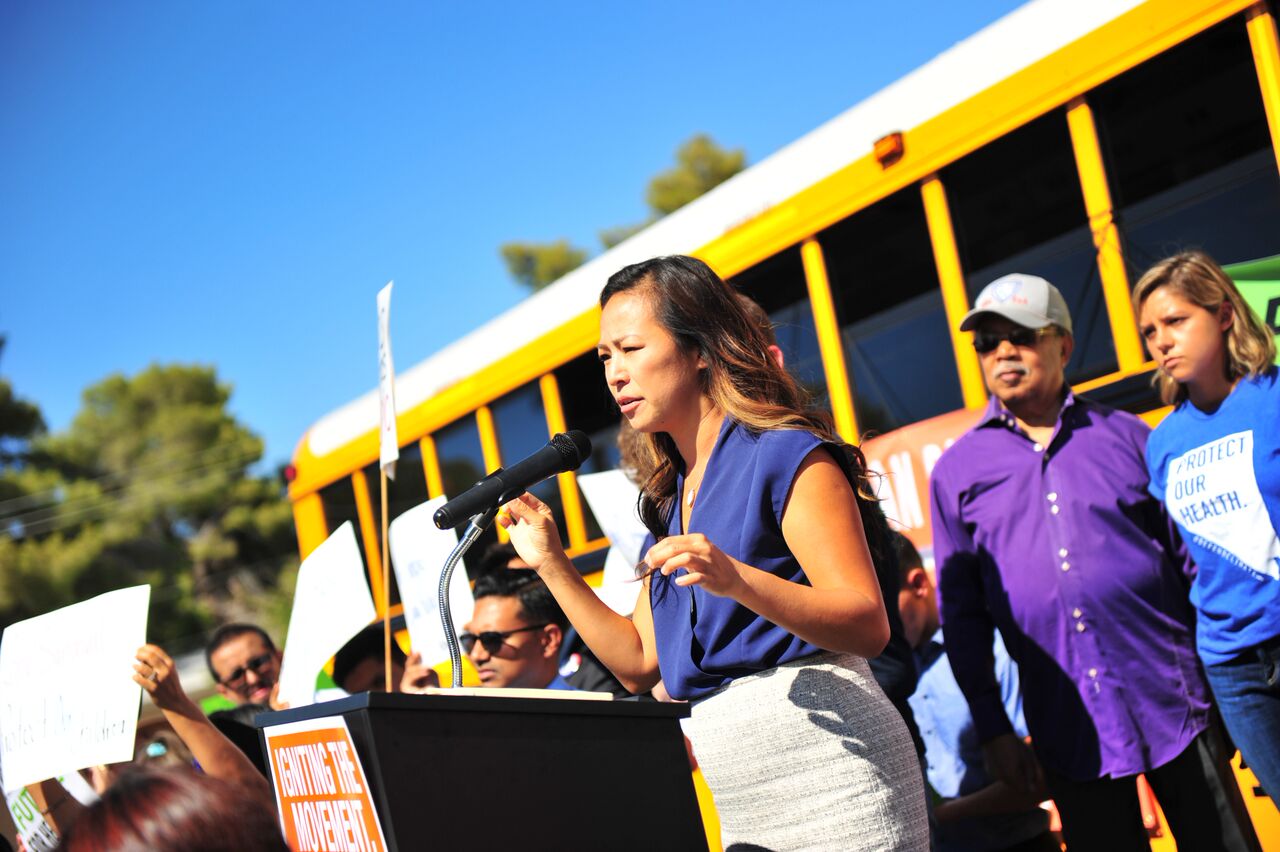 Lawmakers joined a group of mothers today outside the Capitol to call on Congress to reject President Trump's proposed cuts to U.S. EPA's budget.

Climate activists with the groups Green for All, Moms Clean Air Force and Climate Parents joined Democratic Reps. Nanette Diaz Barragán and Barbara Lee of California and Pramila Jayapal of Washington in urging lawmakers to protect vulnerable children and communities by fully funding the environmental agency.

Lee called the mothers "warrior women," praising them for taking on what she sees as the most pressing issue today. "Nothing is more important right now than the fight to save our environment," Lee said. "[You] are the resistance to this terrible Trump administration agenda, which is so detrimental to our planet."

The White House proposed to slash EPA's budget by 31 percent and sought a roughly 13 percent cut for the Interior Department in fiscal 2018. But Republican and Democratic appropriators in both chambers have said they were uncomfortable with some of the reductions.

The House Appropriations Committee in July approved a $31.4 billion spending bill for EPA, Interior and related agencies, giving them more than $800 million less than in fiscal 2017 but rejecting many of the administration's steeper cuts.

Gretchen Dahlkemper, director of Clean Air Moms Action, a community of more than 1 million parents across the country, said there is a vacuum of climate leadership in Congress that needs to be filled.

"We know as women, as mothers, it's critically important for us to come together and ensure we are protecting the health of our families and the safety of our communities," she said.

Barragán, a member of the House's United for Climate and Environmental Justice Task Force, said global warming and environmental degradation are disproportionately affecting communities of color and marginalized people.

"To see women here today is so very important, because we need to make sure we're standing up for our communities, for our families, because this is a public health crisis," she said.

Dahlkemper said her group has scheduled a slew of meeting with lawmakers today, where she will urge them to take action on climate for the future of the country's children.