This Is What a Trump Carbon Tax Would Look Like 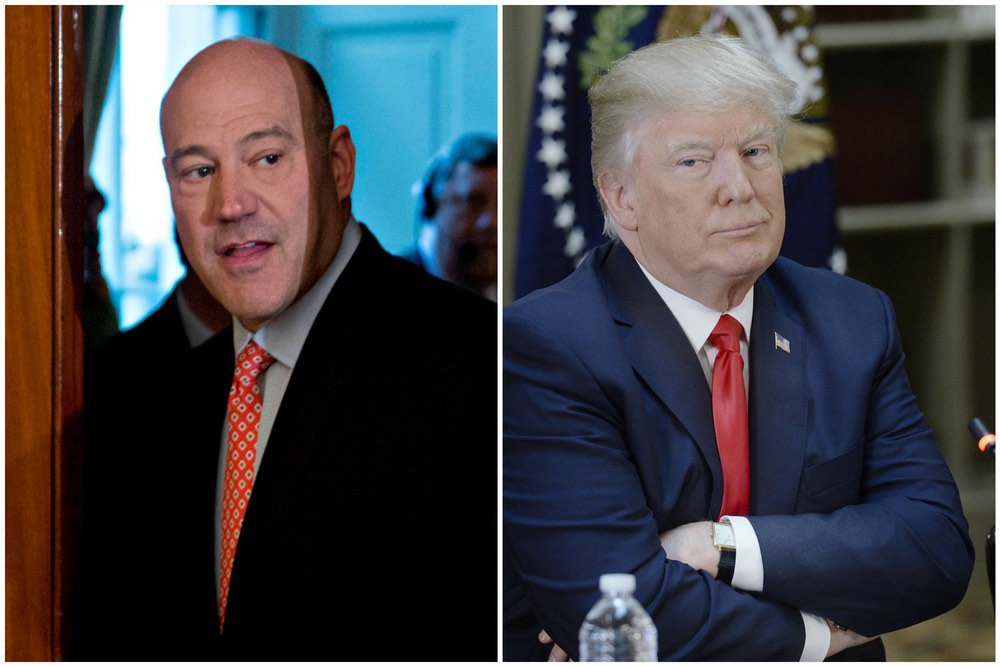 President Donald Trump may finally be ready to cut some deals. After an embarrassing month that saw him unable to rally his own party around a health care bill, he appears to realize he can’t govern with Republicans alone.

He has begun sidelining right-wingers like chief strategist Steve Bannon and elevating those who can bridge partisan divides and get things done. Nowhere is this more evident than in the rise of Gary Cohn, the former Goldman Sachs president and director of Trump’s National Economic Council. A registered Democrat, Cohn wields increasing influence over Trump and “is widely considered a future candidate to be chief of staff,” The Washington Post reported Thursday. Cohn reportedly is driven less by ideology than by a desire to make deals with the opposition party, which has led him “to show enthusiasm” for a carbon tax, “a Democrat-friendly idea which would raise revenue to ease tax reform, a top presidential priority, while also helping to curb carbon emissions.”

Many Republicans bristle at the idea of a carbon tax. The White House distanced itself from the idea this week after the Post reported it was under consideration, and many observers don’t think it stands a chance. “The most likely carbon tax is none,” Benjamin Zycher, an energy policy scholar at the conservative American Enterprise Institute, told me. “I think it’s simply a non-starter, both in the White House and on Capitol Hill.”

But some conservatives are on board with the idea—includingSecretary of State Rex Tillerson, who has also reportedly gained high favor with the president. And if Trump really is prioritizing dealmaking with Democrats, then a carbon tax is not out of the realm of possibility. Tax reform, after all, is Trump’s next stated priority (when he’s not insisting that health care is still in the air, that is). And Democrats say they’re willing to come to the table, even if it means not getting everything they want out of a carbon tax bill. Congressman John Delaney of Maryland has introduced carbon tax legislation for the last two sessions, and says he’s willing to hear compromises. “I don’t expect my bill to come to the floor,” he said. “But if I were placing bets, I’d put a big one on the fact that we’re going to do a big deal on a carbon tax.” As Brian Schatz, a Democratic senator from Hawaii, tweeted this week:

In the simplest terms, a carbon tax is a fee that polluters pay the government for the damage their pollution causes the planet; companies would be charged per ton of carbon emitted. Depending on how the tax is structured, that money raised could go toward reducing corporate or income taxes. The money could also go toward programs that would lower energy bills for consumers, since a carbon tax would inevitably raise energy prices. Or it could go toward programs to help unemployed coal miners find new jobs (like Delaney’s bill does), or programs to further incentivize renewable energy. It all depends on how high the tax is, and who is deciding what it should do.

It’s hard to know exactly what a White House carbon tax would look like. (Neither Cohn nor Hassett returned my request for comment.) But we can glean some clues from its supporters. Cohn’s support for the policy has been echoed by Kevin Hassett, a tax expert at the conservative American Enterprise Institute who was tapped last week to be Trump’s chief economic advisor. Trump advisor Elon Musk, the SpaceX and Tesla CEO, and Secretary of State Rex Tillerson, the former CEO of Exxon Mobil, have also advocated for a national carbon tax policy in recent years.

Conservative supporters of a carbon tax don’t see it in terms of climate policy, but as a way to lower the corporate tax rate and income taxes; lowering greenhouse gases and encouraging renewable energy just happen to be a positive side effect. In a 2007 paper advocating for the tax, Hassett wrote:

The most likely candidates for a carbon tax tradeoff would be the corporate income tax (the U.S. rate is currently among the highest in the industrialized world) and payroll taxes, the latter of which would lower the cost of employment and help offset the possibly regressive effects of higher energy prices on lower-income households. But across-the-board income tax rate cuts and further cuts in the capital gains tax could also be considered.

Conservative supporters of a carbon tax disagree on how much polluters should pay. Hassett’s paper focuses on a “modest” tax rate of $15 per ton of CO2, which it says “would result in an 11 percent decline in CO2 emissions, while raising non-coal-based energy forms modestly.” Cohn doesn’t appear to have declared what kind of tax he’d like to see, but his ex-Goldman colleague and former Treasury Secretary Henry Paulson recently pitched Cohn on the idea of a carbon tax starting at $40 per ton. Paulson said the tax would raise “an estimated $200 billion to $300 billion a year, with the rate scheduled to rise over time,” according to The New York Times.

Democrats and environmentalists generally say the initial price of a carbon tax doesn’t matter as much as where it ends up. “It almost doesn’t matter where it starts, because companies will start shifting their investments toward clean energy and changing their behavior right away,” Delaney said. “If we were to start with a lower price, I’d be fine with that. That way it doesn’t shock the market—but then you have to escalate it to a higher price over 10 years.” Delaney’s bill starts by taxing companies $30 per metric ton of carbon, then it increases every year by 4 percent of whatever the inflation rate is.

This is where a carbon tax proposal stands to see opposition from progressives and environmentalists. They worry that a carbon price accomplished through tax reform, and not through climate discussions, will not have the price trajectory necessary to reduce emissions enough to make a difference in addressing global warming. Hassett’s paper, for instance, does not call for a large increase in the 15 percent rate.

That would be unacceptable for some environmentalists, who say a carbon tax is only acceptable if it’s eventually high enough to stop companies from polluting so much. This is especially important to environmental justice advocates, who note that polluting industries are disproportionately located near low-income, minority households. “We want to make sure people who are paying for the pollution with their health and their lives are benefiting from the tax,” said Vien Truong, director of the environmental group Green for All. “If we have at tax that is so low that it actually won’t curtail costs for these communities, and then the tax revenue is used to help companies profit even more, then the tax is an injustice.”

But the Trump administration has shown it doesn’t care about reducing emissions or helping communities affected by pollution. In fact, Trump has been actively hostile to both of those ideas, proposing to eliminate the environmental justice office at the Environmental Protection Agency and declaring the “we’re not spending money on [climate change] anymore.” Meanwhile, he campaigned on lowering the federal corporate income tax rate from 35 percent to 15 percent. That desire to help big business, not the planet or the poor, would drive any push for a carbon tax. Democrats and environmentalists can only hope that such a tax is strong enough to have some environmental benefit, even if that would never be the president’s intention.

Emily Atkin is a staff writer at the New Republic. @emorwee