The green movement must continue in Trump era 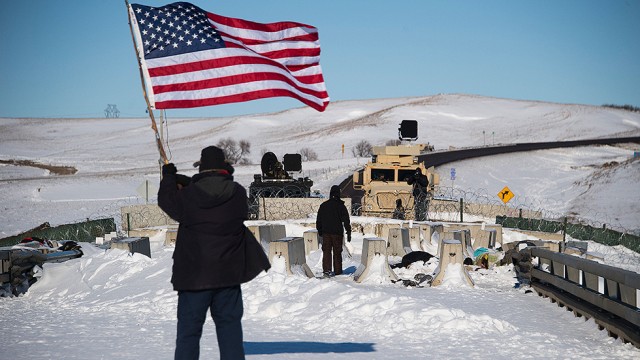 As a climate activist, I know we will have a lot to defend over the next four years. The recent news on Trump’s decision to revive the toxic Dakota Access and Keystone XL Pipelines makes even the most optimistic activists gravely concerned.

These might be dark times, but they are not hopeless times. This may be the fight of our lives to protect what we have from President Donald Trump and the incoming EPA Administrator Scott Pruitt — but there we can still win key advancements on clean air, safe drinking water, and good clean energy jobs at the state and municipal levels.

Many states, including my home state of California, have already pledged to take action. But those who haven’t acted yet will not do so unless we speak up.

As climate change deniers and big polluters prepare to take over our federal government, many states have already pledged to move forward independent of the federal government. In California, state Attorney General Xavier Becerra has already promised to use state’s rights arguments to block EPA rules that might undo the state’s current climate laws. Governors in Oregon and Washington state have also pledged to continue to fight climate change.

All three states have joined an international coalition that has pledged to work together over the next several years to protect our oceans and marine life from the effects of climate change. In the coming years, climate activists can pressure other state and local governments to make similar agreements.

State and local governments are uniquely capable of making policies that repair decades of pollution in poor, black and brown communities. For too long, the fossil fuel industry has targeted low-income neighborhoods and communities of color for their dirtiest projects. These ‘frontline communities’ are often left out of climate debates and green solutions that could bring economic development to their neighborhoods.

As someone who grew up in Oakland in the heart of what’s known as the “toxic triangle,” I know what it feels like to live in a frontline community. Like too many families in frontline communities across America, my family and I have had to bear the disastrous health, economic and climate costs.

This is why I’m committed to building an inclusive green economy strong enough to lift people out of poverty. We must demand that states make progress on climate change by ensuring that the solutions they enact help clean-up, and drive investment in, frontline communities affected most pollution.

The movement’s response to recent executive orders on the Dakota Access and Keystone XL pipelines is what we can expect to continue when more people from all backgrounds come together to fight with, and for, frontline communities.

At my organization, Green For All, we’re launching a Frontlines First campaign to fight different on climate by putting the frontlines first.

It’s about holding polluters accountable and winning direct emission reductions and climate investments for frontline workers and families. One thing we know for certain: When our grassroots movement is strong, people can win in the most unlikely circumstances.

A coming project that is particularly close to my heart is Green For All Solar, our new venture  working to connect communities that have been underserved or neglected in clean energy. The project is designed to help direct profits from renewable energy to disadvantaged communities.

Through this, we aim to grow local economies in places like Appalachia and New Orleans, who are often forgotten or left behind when renewable energy investments are being considered.

Now is the time to increase investment in renewable energy sources. We cannot wait for the federal government to take action. We are the leaders we have been waiting for.

Vien Truong is the deputy CEO of Dream Corps as well as the director of Green For All, a national initiative to build an inclusive green economy strong enough to lift people out of poverty.