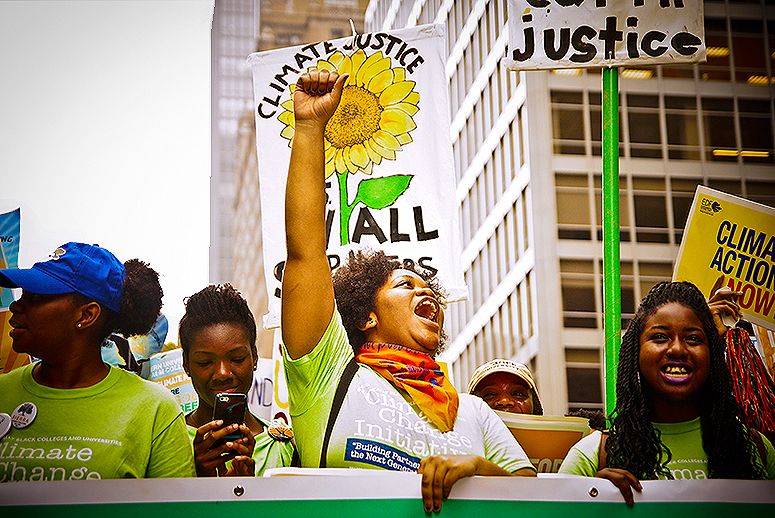 Most Americans are aware the climate is changing, but a majority of the population isn’t that worried about it, according to a new study.

The findings come from a poll conducted by The Associated Press–NORC Center for Public Affairs Research, which asked 1,058 people if they believed global warming was occurring and how concerned about it they should be.

While two of three Americans accept that global warming is happening—and a majority believe humans are somewhat responsible for it—fewer than 25 percent of Americans said they were extremely or very worried about it. Nearly 40 percent of respondents said they were not too troubled or not concerned at all.

The survey comes as world leaders prepare to meet in Paris at the end of the month in an attempt to negotiate a binding agreement on limiting greenhouse gas emissions.

A new poll, however, found that two-thirds of African Americans believe global warming to be an extremely or very serious problem affecting the community, and 67 percent believe that action should be taken to reduce the threat of global warming.

The findings come in a poll released Wednesday by the environmental groups Natural Resources Defense Council and Green for All, which surveyed 800 randomly selected African American registered voters.

Adrianna Quintero, NRDC’s director of partner engagement, said African American and Hispanic communities are dealing with higher rates of childhood asthma than white children, and 67 percent of the country’s African American population live within 30 miles of a coal-fired power plant.

“There are a lot of misconceptions and a lot of misinformation out there that Hispanic and African American communities are too busy with other things to really care about these issues,” Quintero said at a press conference. “And yes, the community is especially impacted by a number of injustices and disproportionate impacts, but that does not mean there is not a deep concern to also protect the environment.”

Vien Truong, director of Green for All, said leaders of the 22 states suing the EPA over its implementation of the Clean Power Plan aren’t representing the people in these communities.

“Half of black voters consider themselves environmentalists,” Truong said. “It’s an important sign that shows presidential hopefuls have to be bolder on climate action.”